“Some nights the sky wept stars that quickly floated and disappeared into the darkness before our wishes could meet them. ”

What Do We Stand For?

As we age and mature, the things that matter to us often become clearer in our minds.  Many people put family at the top of their list.  For me, “family” is the one I have created over the years and which have been much more satisfying than the one I was born into. But that’s a story for another day.

As a writer, it’s often not so obvious what I stand for in life.  When we “make a stand,” it is usually for or against something that we feel strongly about (which is an issue that stirs our deepest passions and motivates us to lend our voice or our energy in making changes). When I make a stand, it usually comes out in writing, as I feel most comfortable with words and their incredible power in our lives.

One of my favorite writers of this century passed recently, Dr. Maya Angelou.  She was a teacher, activist, artist and amazingly transcendent human being. She was a warrior for equality, tolerance and peace. There was never a doubt what she stood for.  She was eloquent and fierce in her views, and became a person I greatly admired through the strength she exhibited in her work and in her life.

As writers, we cannot help but allow some of our passion and ideas to leak through into our writing, disguised as they may be as plot points, story arcs, or character traits.  Over the years, I have had numerous opportunities to examine and analyze my writing, my motives behind the writing, and the back story that is inherent in every story.  I have often imagined that I try to answer many questions when I sit down to write…and perhaps I do…but the deeper questions lie just behind the words.  It’s not intentional.  I don’t know of any writer who sets out to create this or that character with an obvious agenda in mind. Such things are usually discovered after the fact.  Oh, so that’s what that character was doing that for!  I have said this many times to myself, recognizing my internal thoughts and ideas on the page, in spite of the fact that I did not intentionally put them there.

Each writer, if he’s lucky, is born with one question to ask…about reality, about being alive, about being human.  And to the degree that he asks that question under the right alignment of stars, at the right place in his life, that question becomes as urgent for us as it is for him.  — Ben Okri, author of The Famished Road

One of the questions that influences my writing — pretty much all my writing — is, “What if…?” Use of this question constantly challenges me, like most writers, to go deeper.  To really find out what I believe about this idea or that topic.  Sometimes my characters will take a stand for or against something that I, as a writer and human, also stand for or against.

Since 1980, I have volunteered for a great number of non-profit organizations, believing that doing so was making a positive impact on the world.  What I learned, however, was that mostly I was supporting one person’s or a group of people’s personal views on a subject matter I was passionate about.  Primarily, I volunteered for animal rescue groups — focusing on dogs — as I’m a staunch advocate for the betterment of dogs’ lives.  As they provide such an amazingly complex number of things that enrich our lives (research, trust, loyalty, love), I feel that they should not be treated as unintelligent beings, but as four-legged intelligent and sentient beings.  In volunteering toward such a cause, I continually bumped into an invisible wall created out of politics, agendas, and other unnecessary obstacles.  Those items tended to get in the way of truly and effectively helping change the world’s view on what we were raised to believe are “only animals.”  Meaning dumb, ignorant, and ripe for neglect, abuse and mistreatment.

That topic carries over into a bigger statement that I have often found myself defending.  The underdog.  Those people whom we know who make poor life choices, and find themselves constantly at a disadvantage in the world, and who fight for every breath, it seems.  I like that my passion for animals carries over into my writing.

When I read, I look for those deeper stories in the works I choose to spend my time on.  I want to learn something about being human, about myself.

What do you stand for? 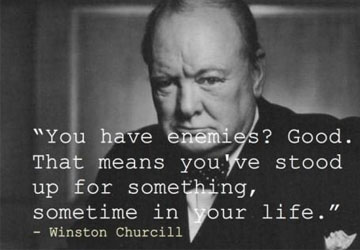