“Some nights the sky wept stars that quickly floated and disappeared into the darkness before our wishes could meet them. ”

I’m not a connoisseur of love.  In fact, one of the screenplays I wrote several years ago was about a doctor who didn’t believe love actually existed.  The character was probably more autobiographical than I’m usually comfortable with.

While working on the current draft of Book One in the Lucas Brassi series today (working title: Dark End of the Street), I realized that I’m falling in “love” with one of the characters.  It’s not even the protagonist, mind you, but a secondary character whom a large piece of the plot hinges on, and in whom the protagonist trusts implicitly.  As well he should, seeing as how it’s his mother.  And it’s his mother whom I’m enamored with.

You might nod knowingly at that, seeing as how it’s mother’s day and all.  However, I haven’t had a mother for over forty years and so that bit of sidewalk psychology doesn’t work for me.

The more I write of her – her name’s Alethea Brassi, widow and mother of nine grown children – who feels she’s losing touch with reality when she begins seeing (and feeling) her deceased husband near her.  It’s this Italian mama who is the keeper of secrets in the family, including the biggest secret of all: how her husband died.  As she’s about to reveal this dark past to her only son, Lucas, her husband makes his presence known in a startling way.

I love her because she’s the most “normal” character, yet is the one who feels she’s coming apart at the seams.  And perhaps she is, with all the weirdness that seems centered on her.

I put together character dossiers for my main characters that include photos culled from the internet of what I see in my mind’s eye when I’m writing that specific character.  Here’s how I’m envisioning Alethea… 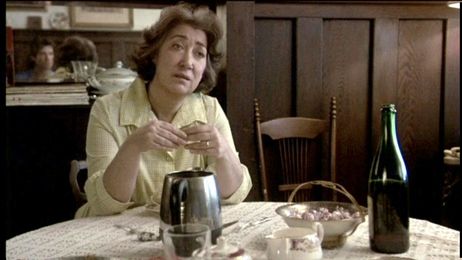 This is her sitting at the dining table, across from her son, talking about the fact that he’s just been fired from the Detroit Police Department because he had the bad luck to fall five stories and live to tell about it.  And it’s the moment right before she confesses the “truth” behind her dead husband’s death.  It’s a delicious scene, one that I relish writing each chance I get. 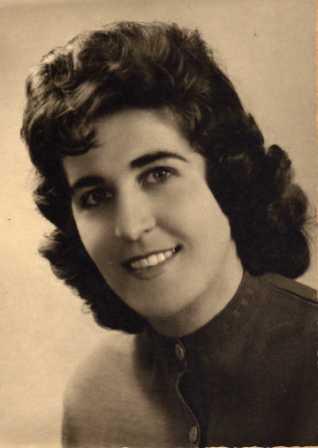 And this is Alethea as a younger woman, fresh-faced and optimistic.  It’s not too long after this photo was taken that she becomes engaged to Frank Antonio Brassi, full of romantic idealism and unfulfilled dreams.

If there weren’t the internet, I’d be relegated to cutting pictures out of magazines, which is what I used to do when “casting” a novel or screenplay.  These help me tremendously when writing in that I’m a very visual person, and it comes through in my writing.  With these visual tools, I can more fully flesh out the characters on the page.  Casting is one of my favorite parts of writing.  Most times I locate the photos after I’ve gotten a firm grasp on the character in my head, then on the page.  Once their voice begins to be revealed, a picture forms in my head of what they look like in “reality.”  Of course, that’s a writers reality, and not the one we experience every day.  As part of my process, it’s an invaluable resource, all made possible by circuits and diodes and other geegaws.